Carbon Leaf is on tour in support of their new release, Gathering 2: The Hunting Ground.

“We are chomping at the bit to perform live again, after being off the road so much the previous year. The Hunting Ground Tour
is going to be something special to us, to make an in-person connection again with a live audience,” says Carbon Leaf lyricist and frontman, Barry Privett.

“We call it ether-electrified porch music,” says Privett, using a phrase nicked from an earlier album of the same name when describing the band’s expansive sound.

“It’s the sweet spot between the earnest roots music we grew up with and the textured electric rock side that gives us different places to go musically during the course of an evening.”

Whether they are plugged in to amplifiers or huddled around a single ‘Grand Ole Opry’ style microphone, Carbon Leaf radiates a warm, magnetic onstage presence that pulls the audience closer. Lyrically poetic with a wide range of musical styles, the band’s live charm is its ability to make the concert feel as much of an electrifying event as it would be an intimate gathering of just family and friends.

“Being both a folk band and rock band allows each song to breathe a little differently and creates an arc that keeps things interesting for the band and the fans.” Privett said. Performing live truly is a symbiotic relationship between the 5 band members and the audience.”

With a history spanning 27 years, 20 albums and 3,000 live shows, Carbon Leaf’s independent music and spirit continue to resonate with its fans.

Carbon Leaf is a quintet from Richmond, Virginia, United States, known for their alt-country, Celtic, and folk-infused Indie Rock. Though some of the band members have changed through the years, Carbon Leaf has been consistently creating and performing music since the early 1990s. The band currently consists of founding members Barry Privett, Carter Gravatt, and Terry Clark, as well as Jon Markel and Jason Neal. Carbon Leaf is best known for the song "Life Less Ordinary", which debuted in 2004 and reached #5 on the AAA charts. Carbon Leaf got their start at Randolph-Macon College in Virginia in 1992, practicing in an auditorium on campus. 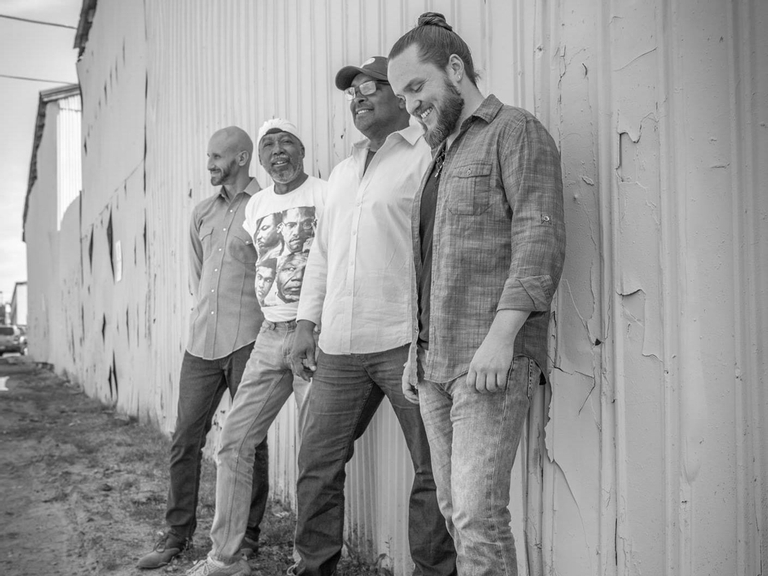 Taylor Scott is an international touring guitarist/singer/songwriter based in Denver, Colorado. He has consistently toured all over the US, Canada, and Europe with both the Taylor Scott Band and blues legend Otis Taylor. In 2015, he played alongside the likes of Warren Haynes on Otis Taylor's critically acclaimed release, "Hey Joe Opus: Red Meat." Scott's current group, based in Denver, is an original soul/jam & funk band released their second album, "A Closer Look, the Second Glance" in October, 2015. Here is a word on the music: "Heavily influenced by soul, funk, blues, jazz, and rock & roll, Taylor Scott's music is gaining a reputation for transcending the limitations of a single genre. His diversely influenced "soul/jam" group, The Taylor Scott Band, is a high-powered extension of this mélange of sounds."